Harden Law LLC is pleased to announce that Gary M. Harden has been recognized in the 2022 edition of Best Lawyers in America®, selected by his peers for practice in the areas of Tax Law, Mergers and Acquisitions Law, and Litigation and Controversy – Tax.  Mr. Harden is peer reviewed and recognized for 27 consecutive years.

Since it was first published in 1983, Best Lawyers® has become universally regarded as the definitive guide to legal excellence. Best Lawyers lists are compiled based on an exhaustive peer-review evaluation. More than 113,000 industry leading lawyers are eligible to vote (from around the world), and we have received more than 15 million evaluations on the legal abilities of other lawyers based on their specific practice areas around the world. For the 2022 edition of The Best Lawyers in America®, more than 10.8 million votes were analyzed, which resulted in more than 66,000 leading lawyers being included in the new edition. Lawyers are not required or allowed to pay a fee to be listed; therefore, inclusion in Best Lawyers is considered a singular honor. 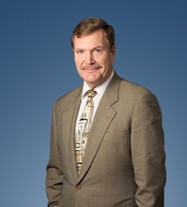 A merger or large acquisition is a significant event in the life of a company and its numerous constituencies – from shareholders, directors, and managers to employees, customers, and communities. M&A lawyers play critical roles in how mergers and acquisitions are evaluated, structured, and implemented.

The legal environment for the public company merger and acquisition activity in the United States has changed dramatically over the last several years, and the process of change continues apace. M&A lawyers advise their clients to ensure the transaction is in compliance with federal and state laws. We work with our clients to evaluate the strategy and tactical advantage of a friendly versus hostile transaction. M&A lawyers represent their clients in negotiations on the structure of the deal, perform due diligence and assist with the terms of the contract. M&A lawyers’ responsibilities extend beyond merely negotiating the terms of the agreements, but to the entire process by which Board decisions are made. This includes board and management counseling throughout the process on legal obligations, evolving corporate governance standards, and shareholder relations.

The practice of tax law involves providing advice on the structure of a variety of commercial transactions, negotiating their terms, and assisting clients with tax-related controversies, including any that may arise out of those transactions. The types of transactions covered can vary widely, from the formation of new enterprises, funds, and joint ventures to mergers and acquisitions, securities offerings, and bank financings and even to internal restructurings and bankruptcies.

The structure of a transaction can significantly affect its tax consequences, and very small changes in structure or in the underlying facts can have enormous tax significance. Tax lawyers design structures with those consequences in mind, while also taking into account the parties’ commercial goals, timing issues, and any other legal or accounting considerations. The tax treatment of some transactions — such as a “spin-off,” where a company distributes subsidiary stock to its shareholders — is highly complex, and tax lawyers may assist clients in obtaining confirmation of their transactions’ tax consequences from the IRS in the form of a private letter ruling.

Tax lawyers also review and negotiate the terms of the transaction, ensuring that the legal agreements implement the deal in a manner consistent with its intended structure. The agreements also govern the relationship between the parties. They may help the parties understand the intended tax treatment, identify certain tax exposures, and allocate responsibility between the parties for any taxes that may apply.

On occasion, tax-related disputes arise between the parties to a transaction or with the IRS or another taxing authority. Tax lawyers may represent clients in administrative proceedings, private settlement negotiations, or litigation related to these controversies.

Tax lawyers are responsible for providing technical advice and analysis but must fully understand the overall business transaction in order to do so. The best lawyers give advice in a way that is clear, thoughtful, and business-minded. Tax lawyers need to be closely involved in a transaction from the very beginning and throughout the transaction, in order to be able to give the best advice on an ongoing basis and to be able to modify the structure, if necessary, in response to any changes to the business terms of the transaction.

Tax litigation and controversy broadly describes the practice of resolving tax disputes with federal, state, local, and foreign tax authorities. A tax controversy may involve a business (whether for-profit or not-for-profit), trust, estate, or individual, and can result from any form of taxation, including income tax, estate and gift tax, state sales and use tax, or local property tax. In general, tax disputes are separated into civil and criminal matters.

Attorneys specializing in tax controversies may assist a taxpayer in a civil matter by providing expertise regarding substantive tax laws, dealing with revenue agents, formulating audit strategies, and pursuing administrative or judicial appeals. Although litigation is usually the option of last resort for most taxpayers, an experienced attorney can provide skillful representation in court proceedings. A tax attorney can play a leading role in resolving a tax controversy or simply serve as an advisor to the taxpayer or his or her accountant. In addition, an attorney may assist the taxpayer in planning transactions to avoid future disputes.

Civil tax matters usually begin with audit, assessment, and collection activities by a taxing authority. Alternatively, a controversy may be initiated by a taxpayer claiming a refund. At the federal level, resolving a civil tax controversy may require discussions with the IRS, a written appeal to and discussions with the Appeals Office, or, potentially, litigation in the United States Tax Court, District Courts, or Court of Federal Claims. After litigation of a case in a lower court, the taxpayer may have appeal rights in the federal appellate courts. A similar process is available in resolving civil tax controversies at the state and local levels.

Criminal tax matters involve taxpayers alleged to have evaded taxes or otherwise willfully violated the tax laws. Tax litigators can assist such taxpayers by representing them during criminal investigations by the IRS, the Justice Department, or state taxing authorities, and in criminal trials, sentencing proceedings, and appeals.